Treating Anxiety, Depression, and Insomnia with the Alpha-Stim® AID

The Alpha-Stim® AID is a Cranial Electrotherapy Stimulation (CES) device that uses low-level electrical current to safely and effectively treat anxiety, depression, and insomnia. Initially cleared by the FDA in 1992 as a prescriptive, noninvasive treatment, CES has an extensive safety record, with few side effects (less than 1%) and considerable scientific evidence of the significant results patients can achieve.

Alpha-Stim treatments are cumulative; however, most patients show at least some improvement after the first treatment. Alpha-Stim technology is safe, with no serious adverse events reported in over 30 years of clinical use.

The Foundation: A Patented Waveform

Effectively targets cell receptors, activating them through frequency matching in a manner similar to chemical ligands

The Impact: An Electrical Intervention

The brain functions electrochemically and can be readily modulated by electrical intervention1,2

As the leader in CES, Alpha-Stim has helped clinicians around the world offer fast, safe, and effective relief for patients suffering from anxiety, depression, and insomnia.

Physician and patient surveys that show 90% of the people who use Alpha-Stim® get significant relief. This is supported by over 95 completed independent research studies and published reports, many of which were randomly controlled trials to ensure rigorous testing and clinically validated results. That’s why over 200 Department of Defense (DOD) practitioners and over 92 Veterans Administration (VA) hospitals use Alpha-Stim with military personnel to treat acute, chronic, and post-traumatic pain, anxiety, depression, and insomnia. 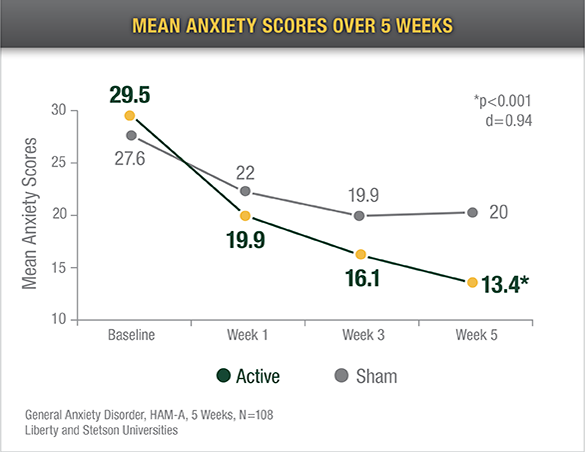 In a study of preoperative anxiety, Alpha-Stim recipients reported significantly less anxiety after one 20 minute application5 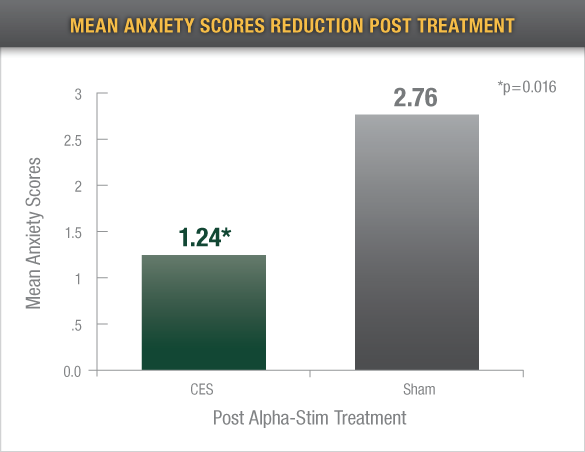 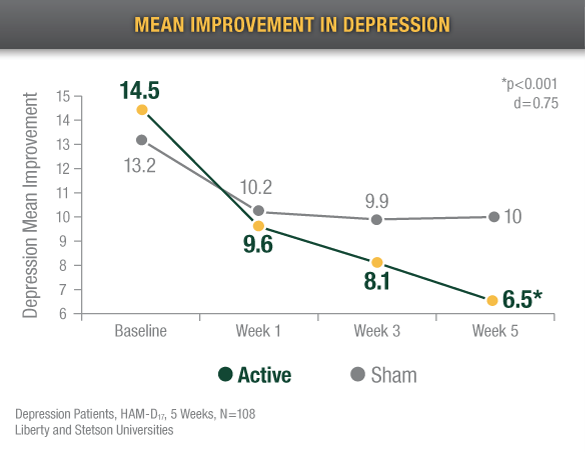 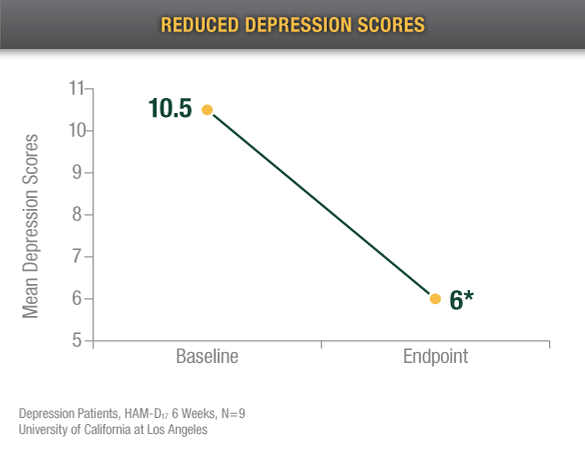 Alpha-Stim has proven its safety in 95 research studies, published reports and ongoing research, physician and patient surveys. Scores of professionals who have used Alpha-Stim technology have remarked on the unsurpassed safety and quality of the devices.

In over 30 years of studies involving 8,800 people, only minor side effects have been reported. The two most common side effects were headaches (0.10%) and skin irritation at the electrode sites (0.07%, only seen in light-skinned people).

Press the button below to get in touch with me.

We'd Love To Hear From You!

Fill out the form and I will be in touch with you promptly. Thank you for your interest!